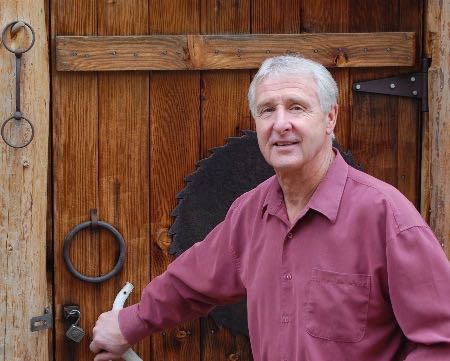 Coming from a long line of woodworkers and fine cabinetmakers, Bob Boomer's own love of working in wood sprouted at a young age. He recalls carving figures in this medium as early as age twelve. Boomer went on to earn a Bachelor of Arts Degree in Industrial Technology, with a focus on wood, from Fresno State University. He began a career in teaching, but eventually left his tenure to pursue a career as a professional Sculptor. Something Bob has been doing now for nearly 40 years.

Bob, and his Wife of fifty years Carol, have made their home in California's Sierra Nevada Mountains, just south of Yosemite National Park. It's here that he finds the exotic Manzanita and weathered Cedar that he predominately works in. Bob's love of history, and respect for the Native American People are present in his portrayals. "I sculpt with the natural wood formations, rather than against them. This balance with nature is evident in the subject matter I create. The proud and noble Native American People stand in harmony with the natural elements that surround them."

Over the years, Boomer has developed a signature style which sets him apart from that of others in this very competitive field.